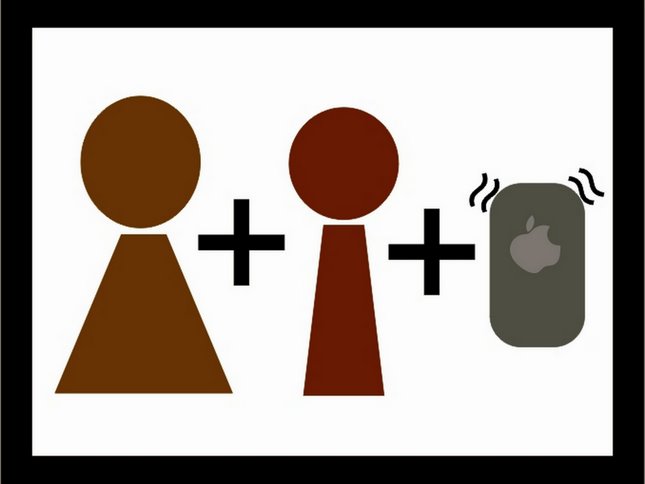 As I type this, my boyfriend is on the couch, napping blissfully, his Iphone nestled to his chest. I remember the distant days when I was the one who nestled there, my head resting lovingly against his shoulder, but apparently because I don’t vibrate like a buzz saw every ten minutes to let him know that he’s gotten an email from Sears.com with great deals for Fall savings, he’s traded up.

I remember when it wa’s my shrill, piercing voice that delighted him, but no more. I’ve lost my favored status, displaced by a small, rectangular device that beeps incessantly at the most inopportune times’most of which are apparently no longer inopportune! God help me if I should turn to him while he’s engrossed in an episode of Two and a Half Men and say, ‘I forgot to tell you about this lady I saw in the Food Lion today who was wearing hilarious pants I would be judiciously shushed! But Iphone gets to say whatever it’s thinking any time it wants! Iphone can do no wrong! No matter what he’s in the middle of, no moment is too important to be interrupted by a text message from his Iphone letting him know that 90% of American currency has tested positive for trace amounts of cocaine, according to CNN.com.

Should I be providing better content? Were I to turn to him while he’s watching TV and say, ‘MEEEP Thursday’s forecast calls for morning clouds with a chance of afternoon thundershowers,’ would he smile receptively, or nod with interest? I doubt it. I also don’t see what’s so useful about the real-time updates his Iphone provides on sports games and breaking news, when the information I provide is also in real-time’and personalized! Does his precious Iphone nag him when he forgets to give the dog his heartworm medicine? Does it remind him that it’s unattractive to drink soda straight from the bottle and then just put it back in the fridge? Does his Iphones angry rattle encourage him to start dinner right away because I’m going to be hungry when I get home?

All right, I know when I’m beat. It’s time for me to take this to the next level, before he realizes that when his Iphone never has morning breath, steals the covers, or mocks his love of Entourage. So what do I have to do to win him back? Offer my services for a better monthly rate? Remind him of the convenience of his no-initial-fee, no-obligation contract with me? Ok, maybe there was an initial fee to join me, but I’m sure he’d say it was worth it. Or would he? After all, I can’t think of any new features I’ve added in the last few years, aside from a new haircut, or any upgrades to speak of’unless you count going up a pants size. Which I do. Possibly it’s time to fight fire with fire’or water. My boyfriend’s Iphone does seem to be getting a little smudged, due to his constant, loving caresses and attention. Perhaps it needs a bath. :]